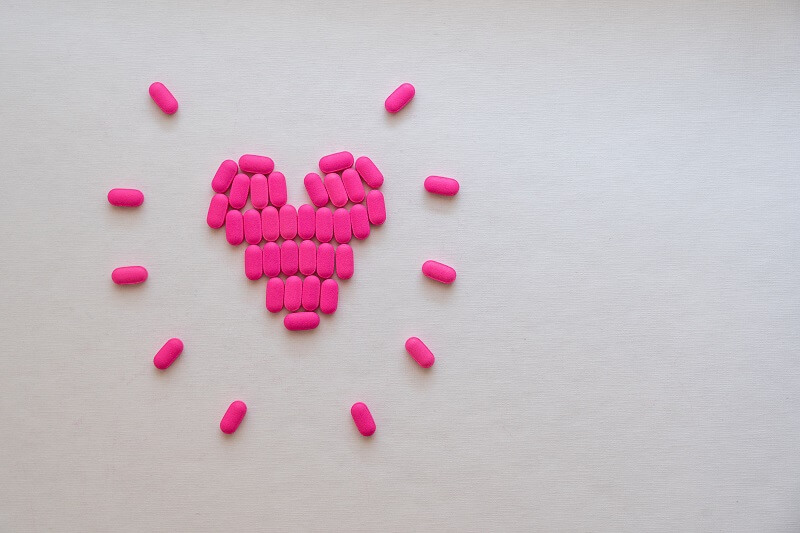 The heart and associated blood vessels are why all other organs of the body can function in a healthy manner. Thus, it’s safe to say that your heart’s health affects your body’s overall wellness. Its significance can be evaluated from the mere fact that if a heart was to stop beating, other organs within the body would experience failure within seconds. For this very reason, addicts need to be aware of the harm that continued substance abuse can have on their cardiovascular system.

In addition to poor diet, high cholesterol levels, lack of exercise, diabetes, and stress, drug abuse also have severe and permanent adverse effects on the heart. Addiction comes with a plethora of problems, so your cardiovascular health might be the last thing on your mind. However, it’s vital to know exactly what kind of damage is being done, which is why we’ve put together a list of the most commonly abused substances and their possible side effects on the heart.

Alcohol is amongst the top ten most commonly abused substances in the United States because it is socially acceptable, widely available, and legal. It has been a widespread issue for decades. This can be deduced from the fact that the 12 step alcohol rehabilitation program was first published in 1935 by the founders of Alcoholics Anonymous. Since then, many renowned rehab treatment centers such as The Palm Beach Institute have adopted the 12-step program to help individuals addicted to all kinds of drugs achieve sobriety.

Although alcohol abuse has widely been associated with kidney damage, according to a study published in the European Journal of Heart Failure, people who consume more than eight drinks a day for more than five years are at risk of developing Arrhythmogenic cardiomyopathy (ACM). This occurs when the muscles in the left ventricle of the heart weaken, and cells die, which are then replaced by fatty cells, making it harder for the heart to pump blood and leads to Congestive Heart Failure (CHF).

Furthermore, addicts have also been linked to having irregular heartbeats (Atrial Fibrillation). Blockage of coronary arteries (Myocardial Infarction) that are responsible for bringing blood to the heart is also a common side-effect and leads to heart attacks.

In addition to alcohol, benzodiazepines such as Xanax and Valium slow down the heart rate and cause possible failure, but addiction numbers continue to skyrocket because of their depictions in popular culture. Therefore, doctors are advised to prescribe these drugs with caution.

The only reason cigarettes are legal is that governments earn a huge revenue with each one sold. However, as proved over and over again, they are extremely injurious to health. Cigarettes not only contain nicotine but lead, tar, and other carcinogens.

These can lead to the narrowing of blood vessels in the heart, weakening or bulging of arteries, high blood pressure, and increased cholesterol, which in turn cause diseases such as coronary heart disease, peripheral artery disease, myocardial infarction, and chest pains called angina. Cigarettes are no longer considered socially acceptable because of all the risks they pose to the smoker and others around them.

Cocaine is the most detrimental to the heart as a study shows that in a certain number of cocaine-related emergencies, 56% had cardiovascular complaints. It increases the blood pressure and heart rate (Arrhythmia) while constricting blood vessels that provide blood to the heart (Endothelial Dysfunction). Furthermore, it also thickens the heart muscles, which causes the heart to become too stiff to be filled with blood properly, in turn leading to sudden and premature cardiac arrests.

Methamphetamine is another dangerous stimulant and directly affects vascular and cardiac tissue. It heightens blood pressure that causes Pulmonary Hypertension. This is a disease in which the pressure in the blood vessels that connect the heart to the lungs skyrockets. It leads to chest pains, breathing difficulties, dizziness, and heart palpitations. Additionally, methamphetamine abuse also causes plaque buildup in coronary arteries and myocardial infarction.

Heroin overdoses caused approximately 14,000 deaths in 2019, which is seven times more than in 1999. The effects of heroin use on the body are a complete 360 from those that stimulants have. It slows down the breathing and heart rate which can cause oxygen deprivation and death in a worst-case scenario; a slower or irregular heartbeat is called Arrhythmia.

Prescription opioids pose a grave danger to the heart as they can inflame the heart’s inner lining, change the rhythm of the heartbeat, lower blood pressure and cause cardiac failure and arrest.

Marijuana can be classified as a stimulant, depressant, and hallucinogen and is one of the most popular street drugs around the globe. Low doses increase heart rate and blood pressure. High doses can activate parasympathetic signaling and lower heart rate and blood pressure. Smoking marijuana, in comparison to other methods of ingesting it, is more harmful to the cardiovascular system as smoke contains most substances found in cigarette smoke. It is also linked to strokes and heart attacks.

Substance users and addicts need to consider the effect that drugs have on their health, particularly the cardiovascular system and other aspects of their lives. The heart is the center of the body and is responsible for providing oxygen to all parts, an element without which there would be no life.

If you or a loved one is currently addicted to drugs or alcohol remember you can always get help. A simple google search of: “drug rehab center near me” will show you all of the highest-rated rehab centers near you.


We hope you enjoy our information as much as we enjoy offering them to you. If you have any questions or comments, please don’t hesitate to contact us.