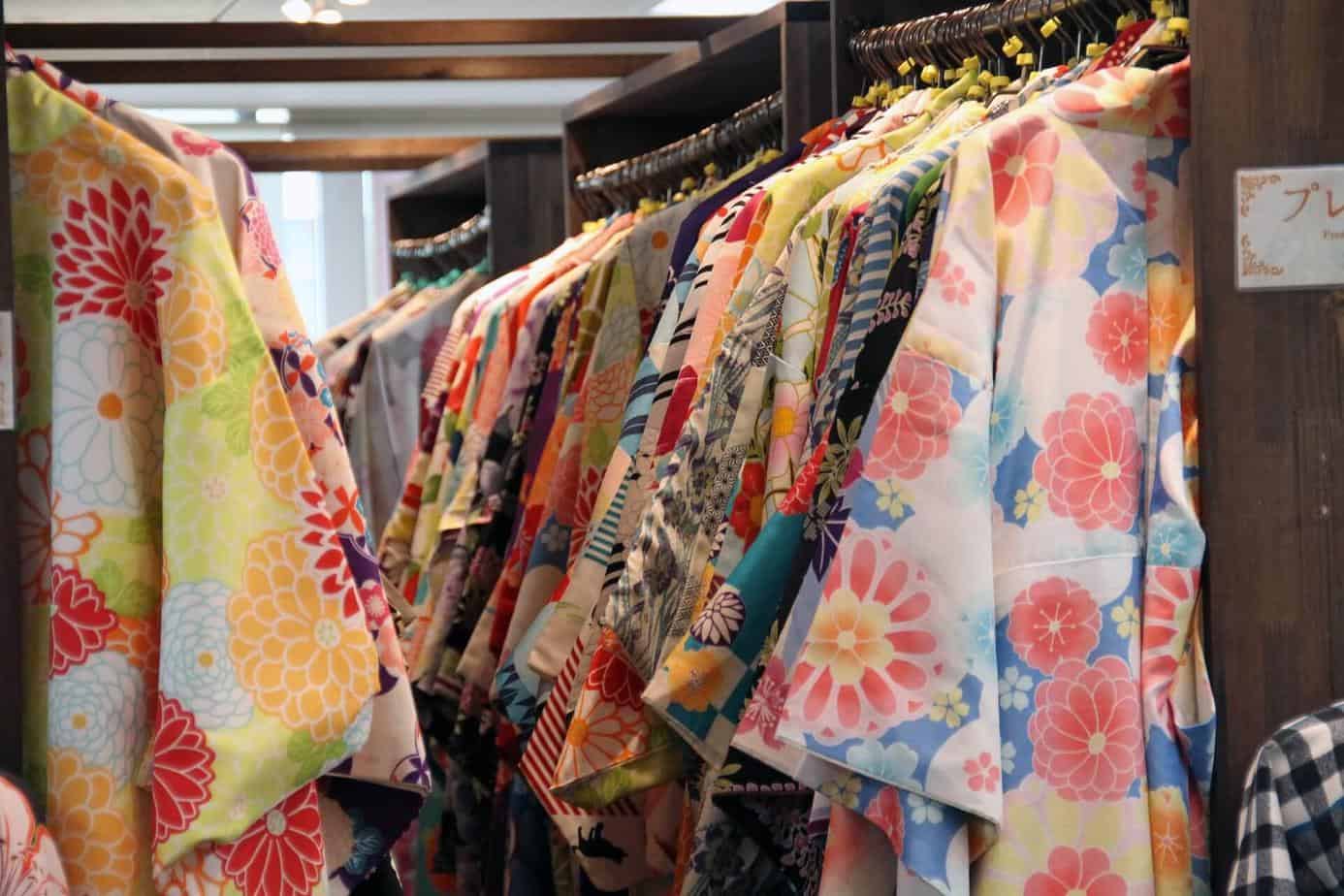 Japan clothing is famous all over the world. They have a unique culture and tradition which is adorable. With advancements in their technology, they also have respect towards their culture. When we think of japan the first thing that came to our mind is them in traditional Japanese clothing kimono. The way they wear it to the overall look with kimono is appreciable.

In this article, we will discuss all the kimono- the traditional Japanese Clothing.

What is a Kimono?

A kimono is a long Japanese traditional dress worn by Japanese people for centuries.  It can be beautifully wrapped around the body and it has loose voluminous sleeves. It looks great when you tie it with the obi belt. The Obi belt could be as long as 12 feet or more is another great feature you can consider of the Kimono. Moreover, kimonos are worn by both men and women not only on special occasions such as weddings, funerals, and ceremonies but also as casual wear all over the world.

The Japanese Kimono is worn by both men and women. This traditional clothing comes around the late 700’s which is used by everyone in Japan. People in Japan wear it all the time including children. However, Kimono has undergone many changes as the years pass away.

ALSO READ – 8 Fashion Trends to Try Out This Year

In the Meiji era, the traditional clothing of Japan was discouraged by the Japanese government and people were encourage to wear western clothes as well. Now in Japan, people wear Kimonos only during special occasions like funerals, weddings, and festivals.

How to Wear a Kimono?

People usually think wearing kimono is a big task but actually not. You can wear Kimono very easily. In Japan, men wear kimonos simply by tying the obi belt.

On the other hand, Kimono is worn formally on traditional occasions. At festivals, women tie the obi belt with a triple-belting process called Ohashori. It involves another belt with an obi belt. Also, at the back of the belt bow is tied. It sometimes takes hours to get perfection. However, you can also wear kimono with the simple Obi knot called as Nagoya obi knot.

A rich person having lots of kimonos can wear more than one single kimono. You can wear as many as kimonos you want to wear – one on top of the other.

Special Features of the Kimono

Generally, experts tell a lot about the people who wear kimono including their age, where she is going to, season, family status, etc. The cut, fabric, color, and the way the kimono is decorated vary according to sex, age, and marital status of the wearer. In addition, the kimono is designed according to the season of the year, and the occasion for which the kimono is worn.

Through the sleeves of the Kimono, the age or marital status of the wearer can be told. For instance, unmarried girls in Japan usually wear kimonos having loose sleeves. On the other hand, married women wear kimonos with short sleeves.

In addition, Japanese people can tell the wearer’s family name just by looking at the crest embroidered done on the kimono. Also, the colors of this kimono for women are generally more subdued than for unmarried girls. Brides wear a white kimono and children wear bright color kimonos with various prints and patterns.

The samurai worn kimonos in three parts: firstly the kimono, then a sleeveless garment is known as a kamishimo which is worn over the kimono, and at last hakama, a trouser-like split skirt.

The kimono is designed to wear in all seasons of the year. Nowadays people in various countries wear Kimono as a jacket with denim jeans at parties and as casual wear which looks cool.

Kimono is a Japanese traditional clothing that can be worn by men, women, and children in a different way according to the occasion, age, status, etc. Nowadays the kimono is popular all over the world. In various countries, people use it as a western fashion in casual wear too.

You can buy kimonos, yukata, and other Japanese clothing such as tabi socks, Vintage Haori, Sukajan T-shirts, etc. from NOVMTL’s online store.